[Earn to Die]William Fagaly, Curator Who Focused on African Art, Dies at 83

In his 50 years at the New Orleans Museum of Art, he also made substantial contributions in the areas of Southern outsider art and contemporary art. 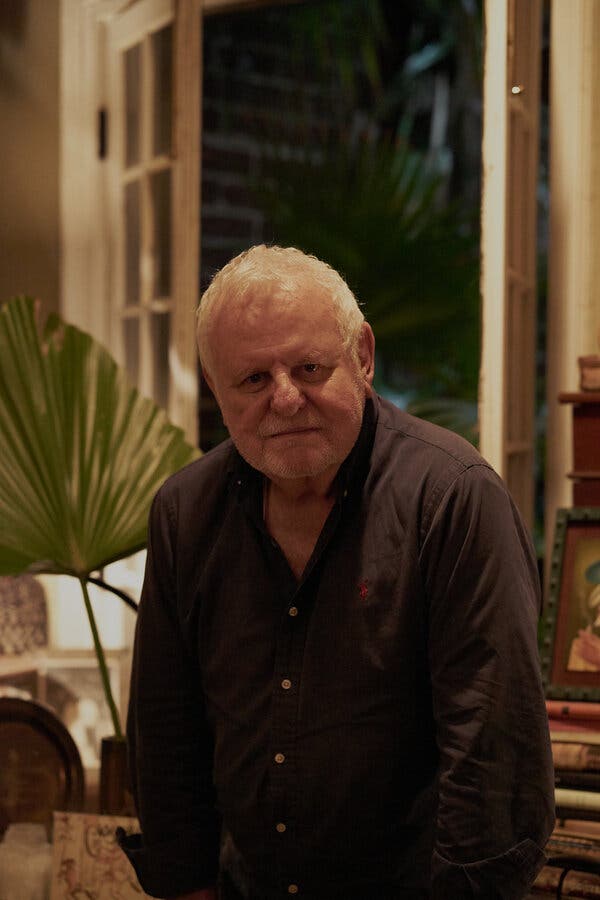 William A. Fagaly in 2015. The New Orleans Museum of Art owned fewer than 10 pieces of African art when he began working there in 1966; it now has about 600.Credit…Michael Adno

When William A. Fagaly was a graduate student in art history at Indiana University in the early 1960s, the professor in his area of concentration nicknamed him Intrepid. That pleased Mr. Fagaly, although he never understood how the word applied to him.

One reason may have been that the professor, Roy Sieber, was the first person in the United States to earn a doctorate in African art history and a progenitor of the field; Mr. Fagaly was one of his first students. Dr. Sieber would apply the nickname to subsequent students, perhaps because he knew he was sending them where few post-grads had gone before.

In his book “The Nightcrawler King: Memoirs of an Art Museum Curator,” published shortly before his death on May 17 at 83, Mr. Fagaly (pronounced FAH-gah-lee) expressed his affection for Dr. Sieber, with whom he stayed in touch for the rest of his life, and wrote of his good luck at having had him for a teacher.

Mr. Fagaly, universally known as Bill, worked for 50 years in various positions at the New Orleans Museum of Art. A major part of his legacy was his expansion and refining of the museum’s African art holdings, although his contributions in the areas of Southern outsider art and contemporary art were also substantial.

The museum announced his death, at a hospital in New Orleans, but did not specify the cause.

An affable man whose relaxed manner belied his rigorous training in things visual, Mr. Fagaly was well known on the international art circuit. He regularly visited galleries in New York and museums abroad, and he organized shows as a guest curator for museums in New York, Washington and Portland, Ore. He was a founder of the Contemporary Arts Center in New Orleans and of Prospect New Orleans, a triennial exhibition that was the first big international event of its kind in the United States. He was also instrumental in bringing attention to important Southern outsider artists like David Butler and Sister Gertrude Morgan. 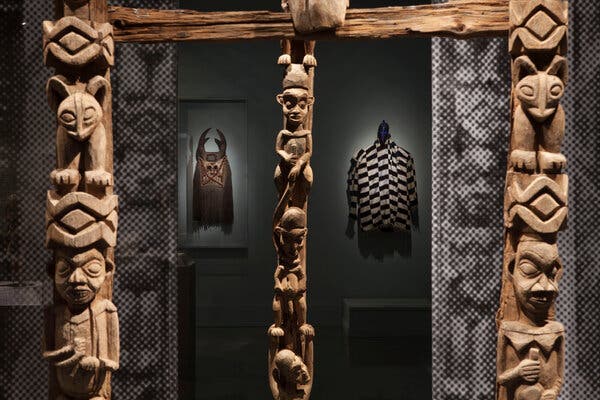 By high school his interests had turned to art; his first purchase was a Toulouse-Lautrec print that turned out to be fake. He paid for it partly with money he had earned selling nightcrawlers — worms prized by fishermen — from his front yard. He also bought his family’s first television set after his parents had refused to do so.

At Indiana University in Bloomington, Mr. Fagaly failed at his initial goal, to become a chemist. His older sister, a graduate of the school, steered him toward art.

He studied both studio art and art history, and he avoided settling on a major as long as possible. Art history finally won, and, upon earning his B.A., he pursued it into the university’s graduate school. He studied 19th- and 20th-century Western art with Albert Elsen, an authority on the French sculptor Auguste Rodin. Dr. Sieber oversaw his master’s in African art history, which he received in 1967.

Encouraged by Dr. Sieber to visit New York dealers in African art, Mr. Fagaly was thrilled to discover that his mentor’s name gave him access to the back rooms and the expertise of several of the most rigorous, which helped sharpen his eye.

In 1966 Mr. Fagaly went to work at the Isaac Delgado Museum of Art (as the New Orleans Museum of Art was then known), formally as registrar and informally as a curator in African art. At the time, the museum owned fewer than 10 pieces of African art, but James Byrnes, its director, believed that it should house a major collection, given the city’s large Black population.

Over the next half-century, the institution would greatly expand its physical footprint and its collection. Mr. Fagaly variously held the titles registrar, curator of contemporary and self-taught art, curator of collections, acting director, chief curator and assistant director. In 1997, he was named Fran?oise Billion Richardson curator of African art. While at the museum he founded both the Friends of Ethnographic Art and the Friends of Contemporary Art.

ImageMr. Fagaly, left, at his retirement party in 2016. With him is Priscilla Lawrence, the director of the Historic New Orleans Collection.Credit…R. Alokhin/New Orleans Museum of Art

By the time he retired in 2016, he had increased the museum’s African art collection, through acquisitions and gifts, to about 600 pieces. These holdings had — in keeping with James Byrnes’s original vision — a dedicated gallery.

Mr. Fagaly is survived by his sister, Patricia Potts.

While at the New Orleans museum, Mr. Fagaly organized 90 exhibitions, including “David Butler” (1976), the first museum show for an outsider artist known for whirligigs of cutout and painted tin; “Shapes of Power, Belief and Celebration: African Art From New Orleans Collections” (1989); a retrospective of the Abstract Expressionist Fritz Bultman, who was a New Orleans native (1993, with Jeanne Bultman, the artist’s widow); and “Ancestors of Congo Square: African Art in the New Orleans Museum of Art” (2011). He also organized “Five From Louisiana: New Work by Lynda Benglis, Tina Girouard, Richard Landry, Robert Rauschenberg and Keith Sonnier” (1977).

Mr. Fagaly was a founder of the city’s Contemporary Arts Center in 1976. Prospect New Orleans, which was inaugurated in 2008, was in many ways an outgrowth of his experience with the museum’s New Orleans Triennial, for which he had served as curator and project manager from 1969 to 1998. (It was discontinued in 2005).

He also served as a guest curator at several museums beyond New Orleans. At the American Folk Art Museum in New York, he organized the exhibitions “Louisiana Folk Painting” (1973) and “Tools of Her Ministry: The Art of Sister Gertrude Morgan” (2004). He was guest curator for biennials at the Corcoran Gallery of Art in 1989 and the Portland Art Museum in Oregon in 1995.